The Staggering Real Cost Of The Blackbird SR-71 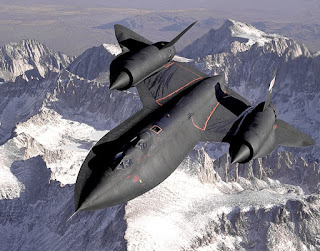 We stipulate that the Blackbird program was the nuclear powered plane Kelly Johnson was working on in the 1950's and Project PLUTO was the cover for the development of Blackbird's engines. We use the numbers mentioned in Dewar's book for Project PLUTO in our estimate knowing that a unmanned program would cost much less. So, the Blackbird being manned must have cost much more. The estimate here is low ball. We have concluded furthermore that the procurement budget of Blackbird was in part cloaked by NASA's Apollo program.

We have recently (07 December 2019) analyzed the cost of fueling a chemically fueled Blackbird.

This is how much the plane cost just to develop and procure. This does not include how much it cost to operate the plane. It is an outrage when you think about it. I use the CPI, Gold and Silver as indicators of inflation. In the early 60's, gold was pegged to the dollar at 35 dollars per ounce. Silver up until 1964 was what all American money could be redeemed for at any bank or store. Silver is what our coinage consisted of and each paper dollar could be exchanged for a silver coin that contained .77 of a troy ounce silver. The CPI does not include silver or gold in its estimate of inflation. I average the three of them to come up with a more reasonable estimate of inflation.

The $518,968,750 Blackbird was more expensive to build than the nuclear aircraft carrier Enterprise. Which cost 451 million dollars to build. So, a single Blackbird cost 14% more than CVN Enterprise.

In CPI inflation adjusted dollars the Blackbird was over ten times the price of the Raptor. The Blackbird's successor the Aurora must have had a staggering price tag as well.

Update 17 January 2016
I found some information on the cost of the ANP and PLUTO programs reading James Dewar's book TO THE END OF THE SOLAR SYSTEM. Using this information I have updated the totals.

I believe that the cancellation of the Project PLUTO program, on the day of Kennedy's death, had something to do with the assassination of JFK. He was set to go after the contractors that worked on the ANP. They were looking at prison time. The Blackbird, if it had been used as planned as a bomber, would have changed the game in Vietnam as well. It is unlikely there would have been a Hanoi Hilton full of American pilots, if A-12's were doing the bulk of the bombing. The price of the Blackbird program was on par with that of the Apollo program, which was also a cover for a military program. A single Blackbird cost more than the yearly defense budget for the whole of the 1960's. The Space race was in reality a race to maintain preemptive strike superiority. Throughout the 1950's the U.S. maintained a "overflight" program of the Soviet Union, utilizing Canberra bombers and U-2's. Ostensibly this program was "reconnaissance" in reality it was a psychological warfare campaign to show the Soviets that America could bomb them with impunity. 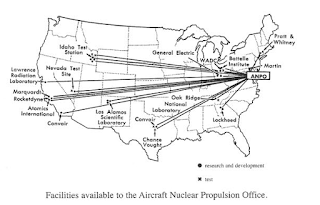 Extrapolating from these numbers and applying them to the 6 initial planes procured by the Air Force gives us a more startling result. The first initial planes cost in the range of $1,264,200,538.46 per plane. The first mover cost of the first six planes was truly staggering. It is no wonder Kennedy wanted to kill the plane. The per unit cost of the A12 cost nearly 3 times more than the first nuclear aircraft carrier ENTERPRISE.

Dewar, James A. To the End of the Solar System: The Story of the Nuclear Rocket. Lexington, Ky.: U of Kentucky, 2004. Print.

HANGAR-18 IS WHERE NUCLEAR POWERED TURBOJET, RAMJET AND ROCKET ENGINES HAVE THEIR REACTOR ELEMENTS REPROCESSED.

AREA-51 is the home base of America's Nuclear Aerospace Program. This program maintains a constellation of orbital stealth weapons... 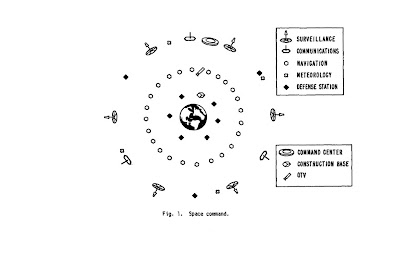